It is my pleasure to welcome fantasy author, Adam Lynch, onto the blog today. 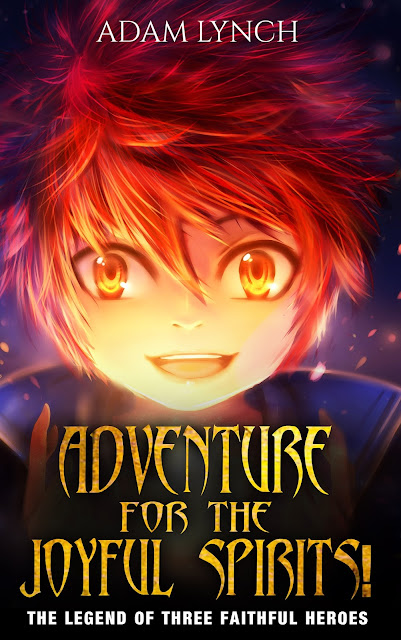 The former archangel of the arts, Lord Xuohs, has been deceiving dwellers of many lands in order to be allowed inside them. When Xuohs enters these lands, it redesigns these places in many ways, such as changing the color of the sky, repositioning rainbows, reforming flat oceans into fortresses, making frozen wastelands into festive paradises, manipulating gravity, and even creating new species. It does this by painting with its paintbrush on its wondrous canvas—everything Xuohs paints on this canvas becomes the reality of the land.

​Now it’s up to three young heroes, Asmund Cranite (wielder of the sword of the spirit), Tait Astron (user of astronomical miracles from above), and Eydis Virtue (summoner of three heavenly beasts), to step up and fight against this deceitful evil before it conquers the entire world without any resistance. They will journey through many lands that have been transformed by the archfiend’s magic, such as green oceans with giant anglerfishes, mystical forest-mountains with werewolf tree-nymphs, and valleys of rainbows and mysterious berries with talking coach roaches.

The three young heroes face many challenges along their adventures, but who says they can’t have an absolute blast while doing it? They’ve never been more excited about anything in their entire lives. There has never been a quest like this and Asmund, Tait, and Eydis can’t wait to see what they’ll discover out in this massive world of awe and wonders. 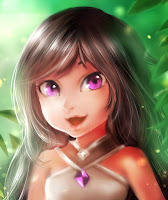 MY: Thanks so much for agreeing to this interview. Firstly, could you introduce yourself?
EV: Hi, I’m Eydis Virtue. I’m six years old. I’m a summoner of three heavenly beasts: a seven-horned rainbow horse—his name is Cheesecake, a giant elemental bird—his name is Choke, and a scary dark angel—I call him Red-Eyes.

MY: If you could live anywhere in the world, where would it be?

MY: What would you consider to be your greatest strength?

EV: My friends are really strong. I use my rainbow horse, Cheesecake whenever I need to fly because he has wings. He launches this powerful beam of light from his mouth. I’ve never touched it, but it looks like it’d really hurt. Choke, my giant elemental bird, comes out when we fight the really big bad guys. He’s super strong and can use any element that’s ever existed. Red-Eyes scares me, so I only summon him when we fight against the strongest monsters.

MY: What is your biggest regret?

EV: I forgot to eat cheesecake for breakfast this morning!

MY: What is your most embarrassing memory?

EV: What does that mean? That’s a big word.

MY: Fine dining or a picnic?

EV: Ooh! Picnic, picnic, picnic! I love picnics. Can we have one now? I’ve got lots of cheesecake.

MY: What makes you angry?

EV: When Asmund and Tait team up on me - or when they don't listen to me. It's because I'm a girl, isn't it?

MY: If you could choose a magic power, what would it be?
EV: But I thought I already had the best magic power ever?

Every day for the past four months a voice from the sky had been calling out to the people of Afra. Come all who are brave and willing, the voice had said to them every day at noon. Come with me, and I will lend you the strength to fend off this evil that approaches your land.
Everyone in the land of Afra knew what the voice was referring to—they could feel the truth of it buried deep within their hearts—but because this “evil” was not visually disturbing, physically harmful, or had not threatened anyone’s wellbeing, no one had any incentive or even desire to remove it. In fact this “evil” was actually quite pleasant in many ways: it brought with it appealing visuals for the eyes to see, it offered to grant their heart’s most fond desires, and it gave the people of Afra promises of security and happiness. There was no threat apparent of any kind, so why would there be any need to rid of it? In fact, was it really even evil at all? How could evil possibly offer so many wondrous pleasures?
Despite what may have been visually apparent, the voice in the sky tried to warn the people of Afra of its deception. No one had listened, however. They wanted to believe that the promises of security and happiness were true and not that their land was in impending danger. Because if their land was in danger, what could they do to stop it?  Sure, there were certain individuals of the land that had trained skills and attributes, but what could one man or woman do? What if someone stood up to the plate but no one else stood up with him or her? They couldn’t take that risk. It was better to just lie low and let someone else take care of the danger—that’s if there was any danger to begin with.

Because there was so much fear and uncertainty over the land, no one had heeded the command of the voice over the entire four months it’d called out to them. However, once the three young warriors, Eydis Virtue: six-year-old summoner of three heavenly beasts, Tait Astron: twelve-year-old manipulator of astronomy, and Asmund Cranite: fifteen-year-old knight, had heard the voice’s command by the fourth month of the eighteenth day, they went to follow it. They knew that the voice was of God’s, and because it was of God’s, they had to follow it no matter what. And that’s pretty much all there was to that. What else could be said after all? God was always right.

The three young warriors had no idea what they were getting themselves into or why they had to do it, but they did it anyway. They had to. Because God was the most powerful being in the universe. Furthermore, like all the quests he’d asked them to take on in the past, this one would have probably been a ton of fun.

After all, there was nothing that the three warriors enjoyed more than an epic adventure. That was like the best thing ever.

“Whoo hoo!” shouted Eydis, riding on a star Tait had called down from the sky. “Look guys, I’m flying. Isn’t this epic?”

“I told you it was fun,” said Tait as he manipulated the star’s course in various ways, exploiting the thrill with quick turns, intense spins, and fast loops. The whole time Eydis laughed and cheered.

Tait loved using his astronomical gifts to entertain others. Very often he’d summon a star for his friends to ride on, or he’d produce a firework show of flamboyant comets and vibrant stars. He was always great at putting on a dramatic show.

“Watch this,” said Eydis suddenly, leaping off the star, biting her finger until it bled, drawing a symbol of a horse in the air with her blood, and then clapping her hands together with the symbol in between.

Sprang! A bright light was summoned that instant, towering its way up into the heavens and breaking the skies for it to shift though. A second later, a white seven-horned-horse with wings of the rainbow descended from the heaven’s gates and soared right under Eydis’s weight just before she’d hit the ground. The catch was as graceful as the horse’s stature and stylistic as his beauty.

“Amazing!” said Tait as he and Asmund applauded. “I never tire of seeing this exquisite creature.”


Where can I purchase this fabulous book? 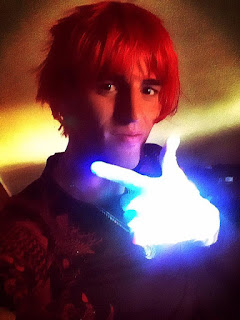 Adam Lynch is a self-published author who has written and published 4 novels, Making Dreams Into Reality, The True Spiritual Nature of Love, The Everlasting Brotherhood, andAdventure For The Joyful Spirits.  On March 10th, 2016, he has been a featured guest live onThe Millennial Show (channel 15, WDSC).

Additionally, he is a musician and songwriter who has graduated Tom Hess's Music Careers Mentoring Program, recorded two professional singles, and has worked with 12 other musicians around the world to self -record, produce and distribute 5,000 physical copies of aCompilation CD worldwide. 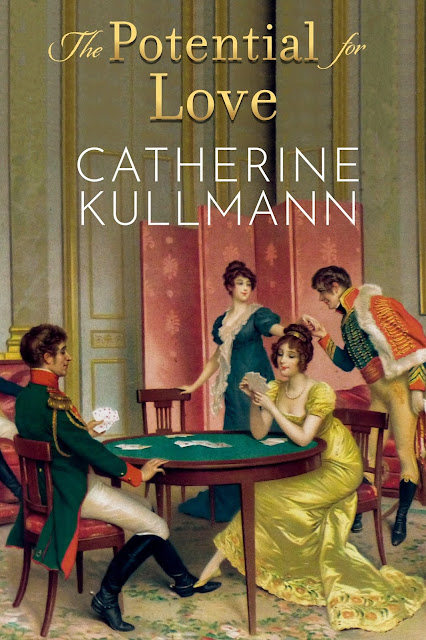